We are proud to be featured on the San Diego Westways Magazine.

" Though the Neapolitan is still the dominant style in the U.S., the national pizza scene has seen a surge in the proliferation of pinsa, a pizza-like flatbread said to date back to the Roman Empire. This take-out-and-delivery-only-spot is dedicated to the oval-shaped pies whose dough, a mix of wheat, rice and soy flours, is fermented for 72 hours, resulting in a crisp but tender crust that’s lighter than a traditional pizza base. The 12-by-9-inch flatbreads includes two with topping combos inspired by some of Rome’s most famous pasta dishes; the amatriciana features red sauce with mozzarella, pecorino and guanciale or cured pork jowl while the cacio e pepe is blancketed with mozzarella, pecorino, parmesan walnuts and aliberal dusting of black pepper. The backery, which hand-stretches mozzarella as well as caciocavallo, and aged cheese molded in the form a gourd, also offers several varieties of take-and-bake pinsa." 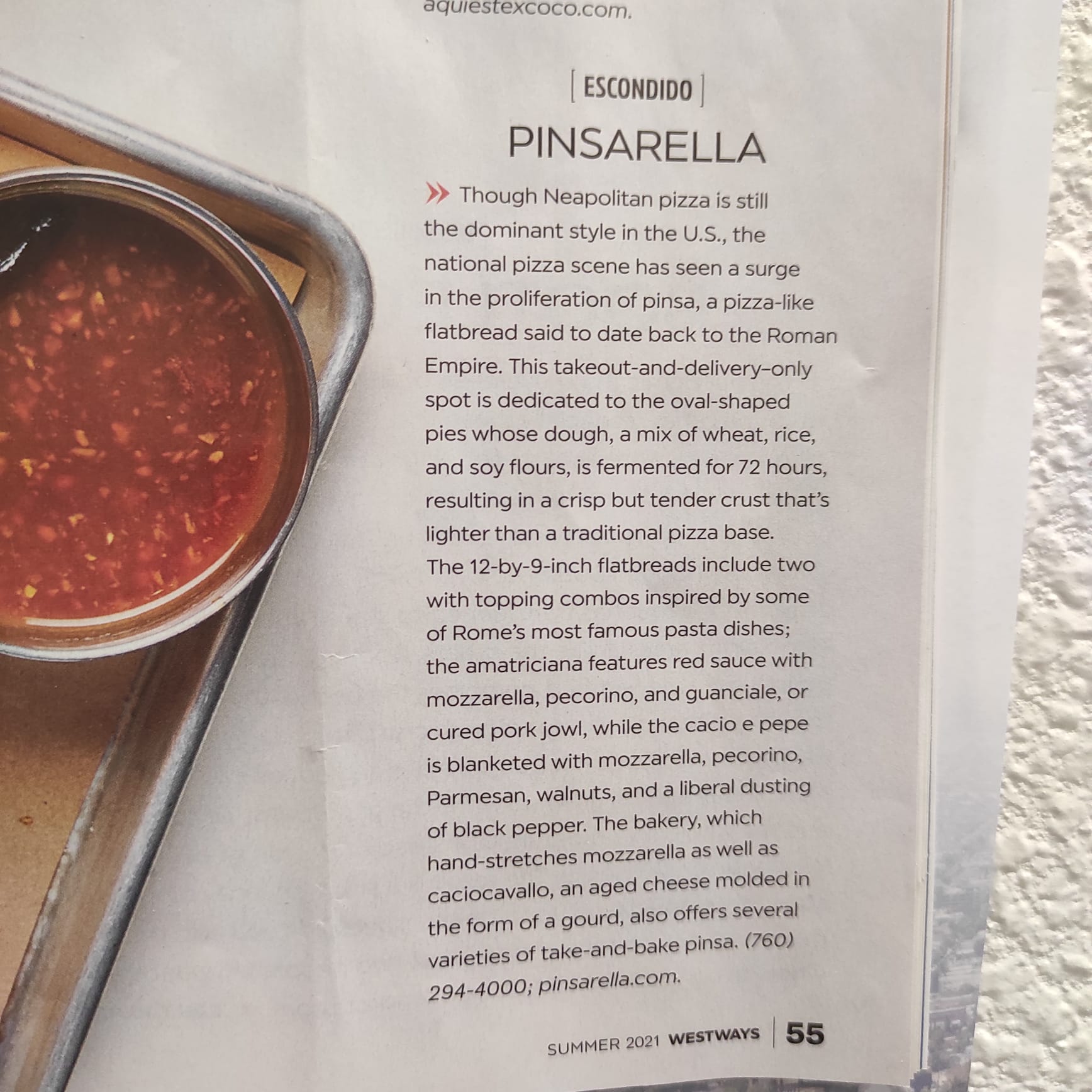