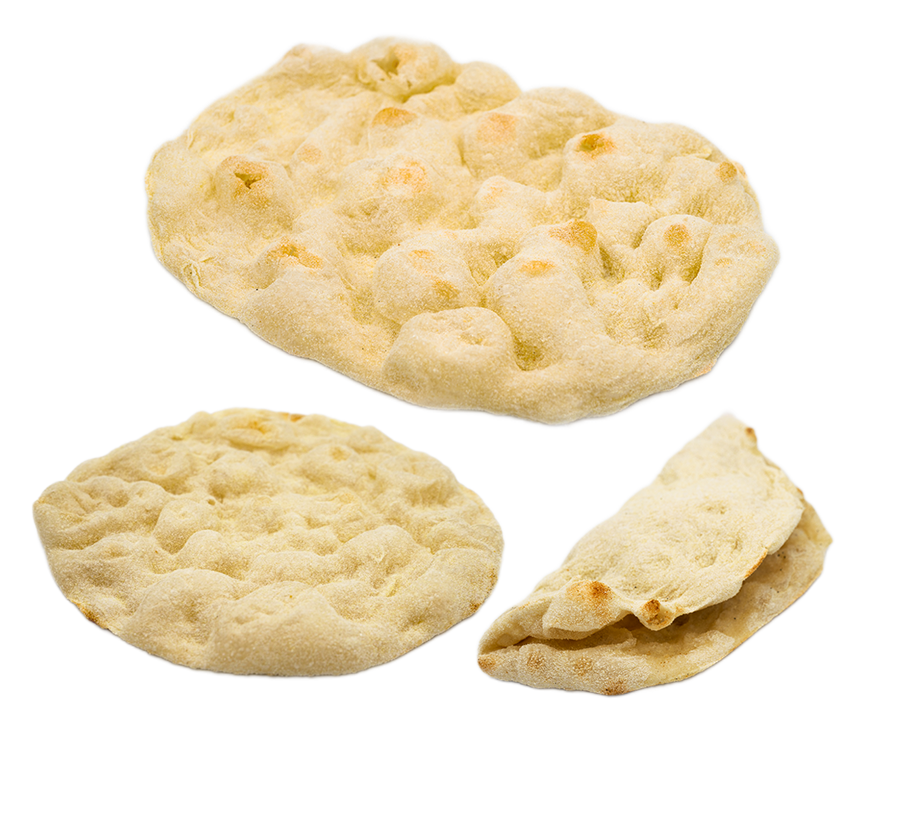 Difference between Pizza and Pinsa Romana

A Unique Product Made with special mix of flours and a long maturation.

Pinsa is the Ancient Roman Pizza. A lighter, healthier version of our beloved authentic Italian Pizza. This mouthwatering Pinsa is characterized by a crunchy outside with a soft inside, artisan hand-stretched oval shape. Pinsa dose not contain additives, preservatives, saturated fats. It’s Low Gluten content, light,Vegan, . 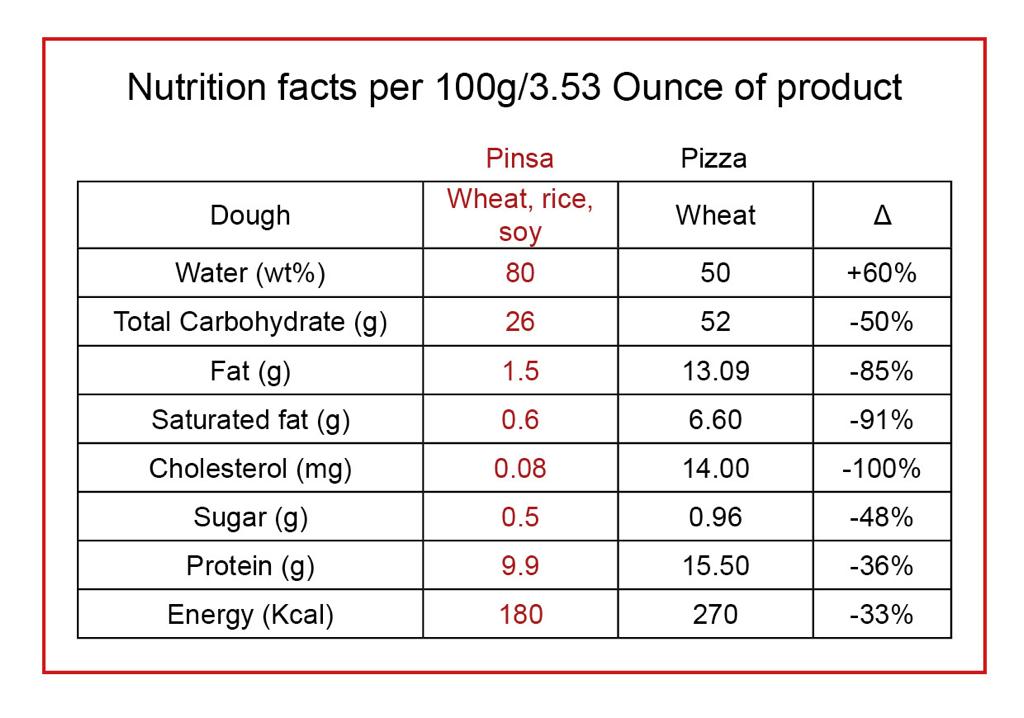 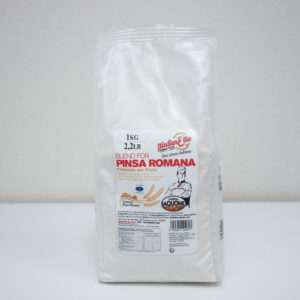 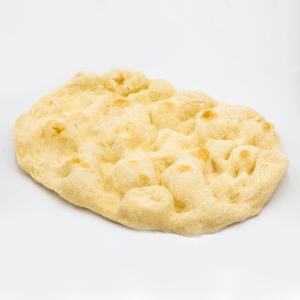 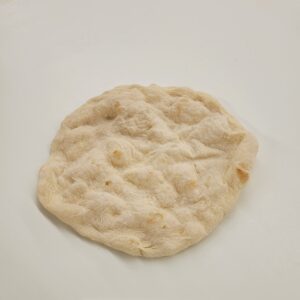 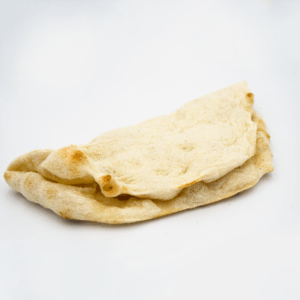 The classic recipe of Roman Pizza over the centuries has undergone several reinterpretations, up to the present day.
Pizza Romana was invented in old Roman's Bakeries, when some bakers, to test the temperature of their ovens, used to make a plain flatbread before starting the daily production of the bread.  The modern recipes of pinsa and Roman pizza “alla pala" are originated from this ancient flatbread made in the old bakeries of Rome.
Today thanks to the research around new professional flours for pizza and the cold water processing technique, it is possible to create the pinsa Romana whit a special highly hydrated dough, that it is both lighter and tastier than the ancient Roman Pizza recipes.

The term Pinsa derives precisely from the Latin Pinsere: stretch-crush.

With  the offer of new flours and cereals, from wheat to kamut, but also barley, spelled and millet, and the addition of wild aromatic herbs, pinsa changed many time its recipe during the history until was perfected in modern times with the use of wheat, soy and rice flours. Compared with the classic pizza dough, the pinsa needs a different amount of water, and a lower percentage of yeast. The result is a more digestible and less caloric preparation.

The main features of the Roman Pinsa are:

The intuition and the birth of the Pinsa is dictated by the experience and great passion for baking of the Expert Pizzaiolo Angelo Iezzi, who, in the early nineties, was the first to revolutionize the production of the dough and to introduce the cold water processing technique. Angelo Iezzi developed, along with Molino Iaquone, this highly hydrated dough made with a special mix of flours able to retain more quantity of water and rested for at least 48 hours. The result is the Pinsa Romana, a unique product for texture and taste.

The modern Pinsa Romana is a special product and even if it's inspired to the ancient Roman Recipe, it's lighter, healthier and much more easy to digest.

The original flours mix for the Pinsa Romana, (1 Kg Pack – 2,2 Lb) with the perfect the ingredients ideal to make the authentic Roman Pizza: the perfect balance of wheat, soy, rice contained in our flours blend will allow you to make a digestible, crunchy and fragrant Pinsa pie, directly at your home.

The recipe of the Roman pinsa: it all starts with the choice of the Mix of Flours.
As already indicated, over the centuries the pinsa has been the subject of a series of reinterpretations;  however, this has always been done with great respect for the original recipe.

The secret lays in the flour: we use Molino Iaquone because was the first great Italian industrial mill to research and create a special mix of professional flours for pinsa, the authentic Roman Pizza.
High quality mix of flours for Pinsa Romana must contain:
𝙒𝙝𝙚𝙖𝙩: Type 0 soft wheat.
𝙎𝙤𝙮 Helps to fix the dough by giving it friability
𝙍𝙞𝙘𝙚: In cooking, it retains water and gives lightness.
𝘿𝙧𝙞𝙚𝙙 𝙨𝙤𝙪𝙧𝙙𝙤𝙪𝙜𝙝: It gives a high digestibility to the product, contributing to the leavening and maturation process of the dough.

Peculiarities of the Roman Pinsa Dough The easy digestibility of the pinsa, but also its friability and fragrance (try to bite it and you will notice how to an external crisp corresponds a surprising internal softness), depend from the long leavening (minimum 48 hours), the high hydration of the dough (minimum 80% water), the mix of flours, the presence of mother yeast, the absence of animal fat and the limited amount of EVO oil. In addition, the dough is worked in a completely different way from pizza, giving rise to a unique product. The softness inside the crust is mainly the result of rice flour.

Here at Pinsarella we think that to make the best food all the products must be produced locally with the use of high quality ingredients. Try our Pinsa Romana & Fresh Mozzarella Cheese and Taste the Difference... 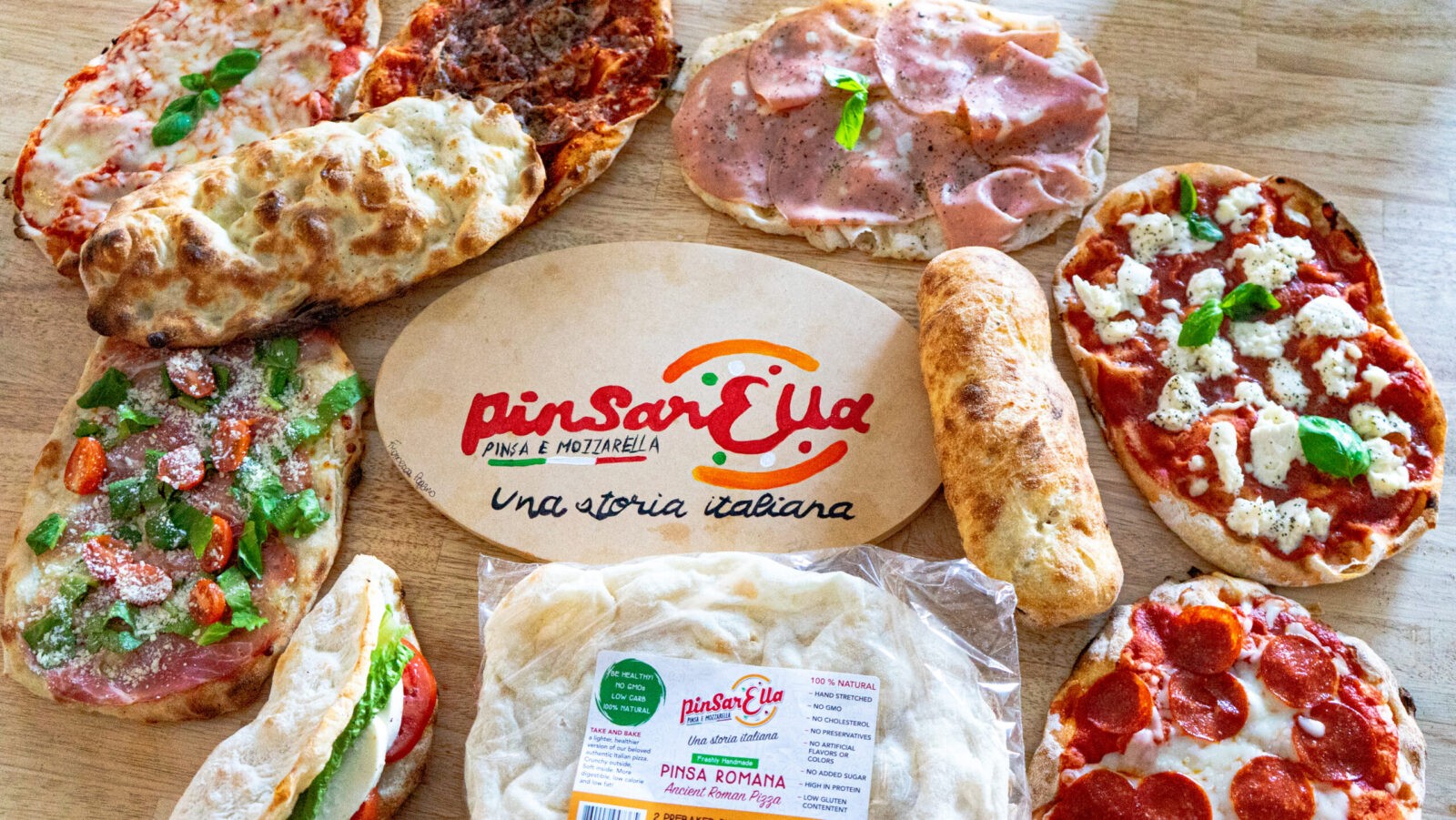 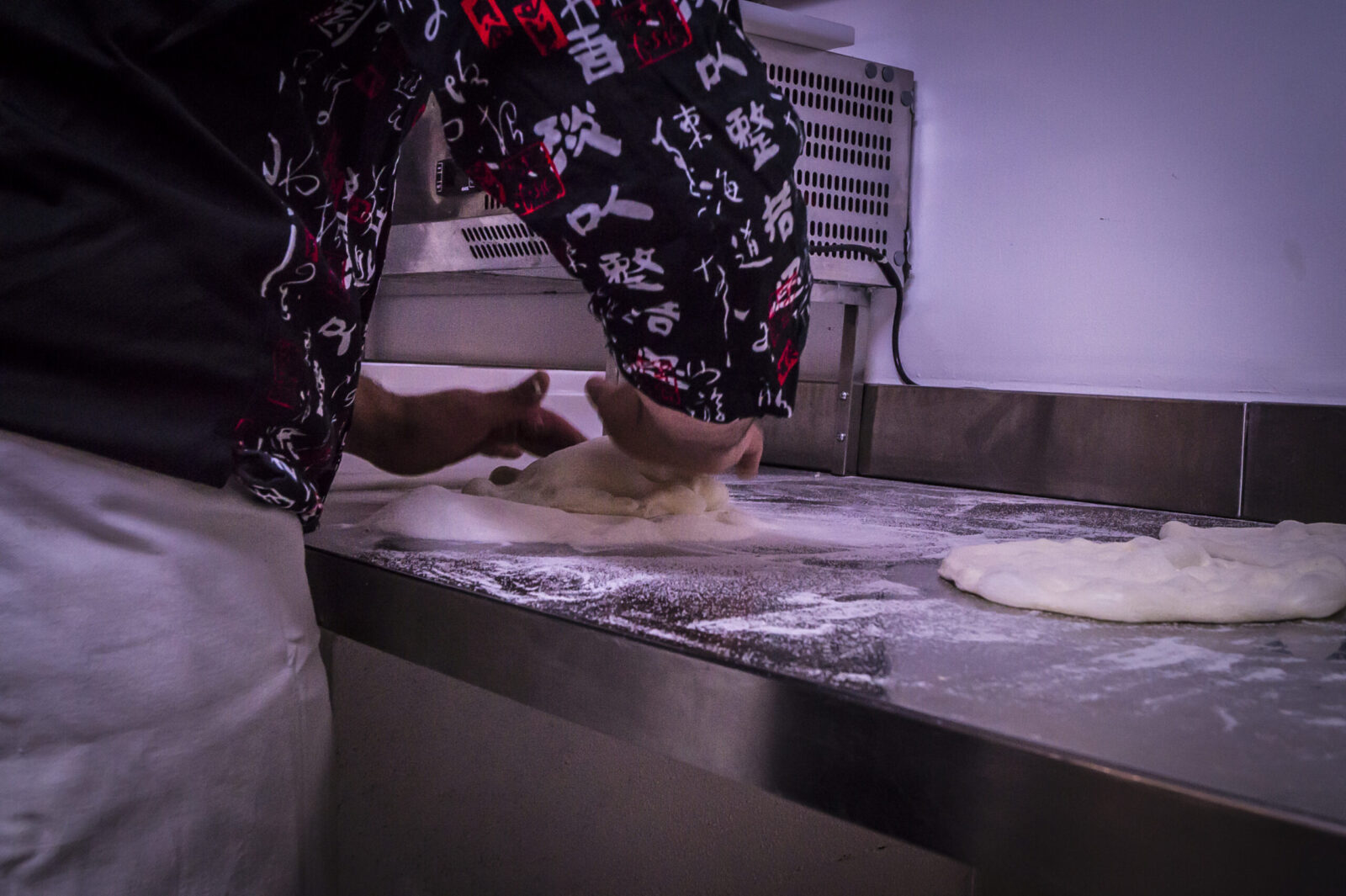 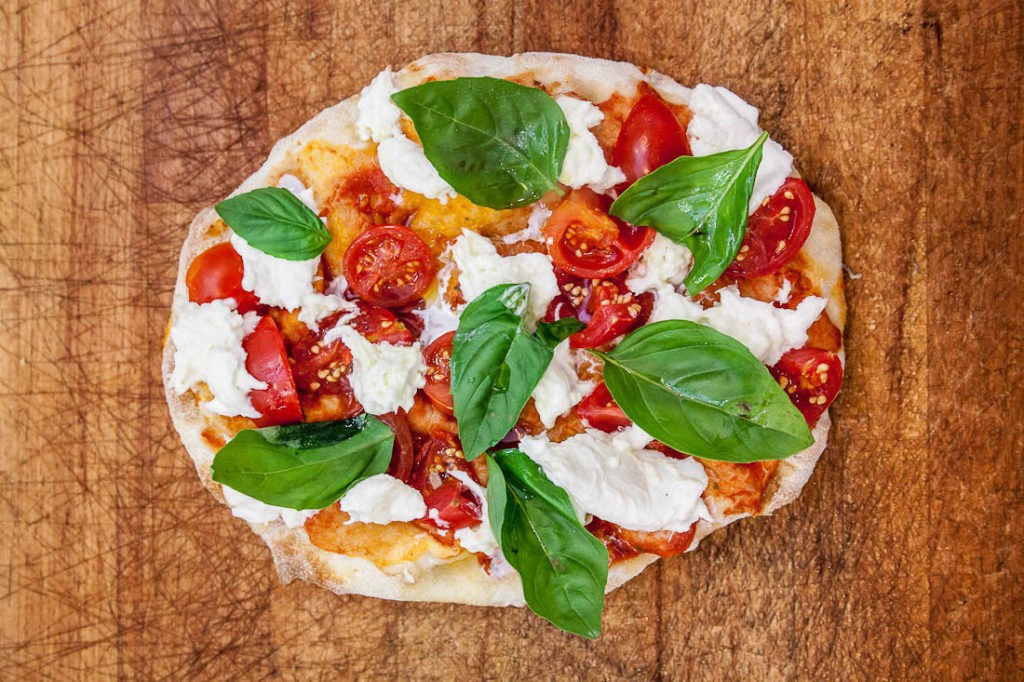 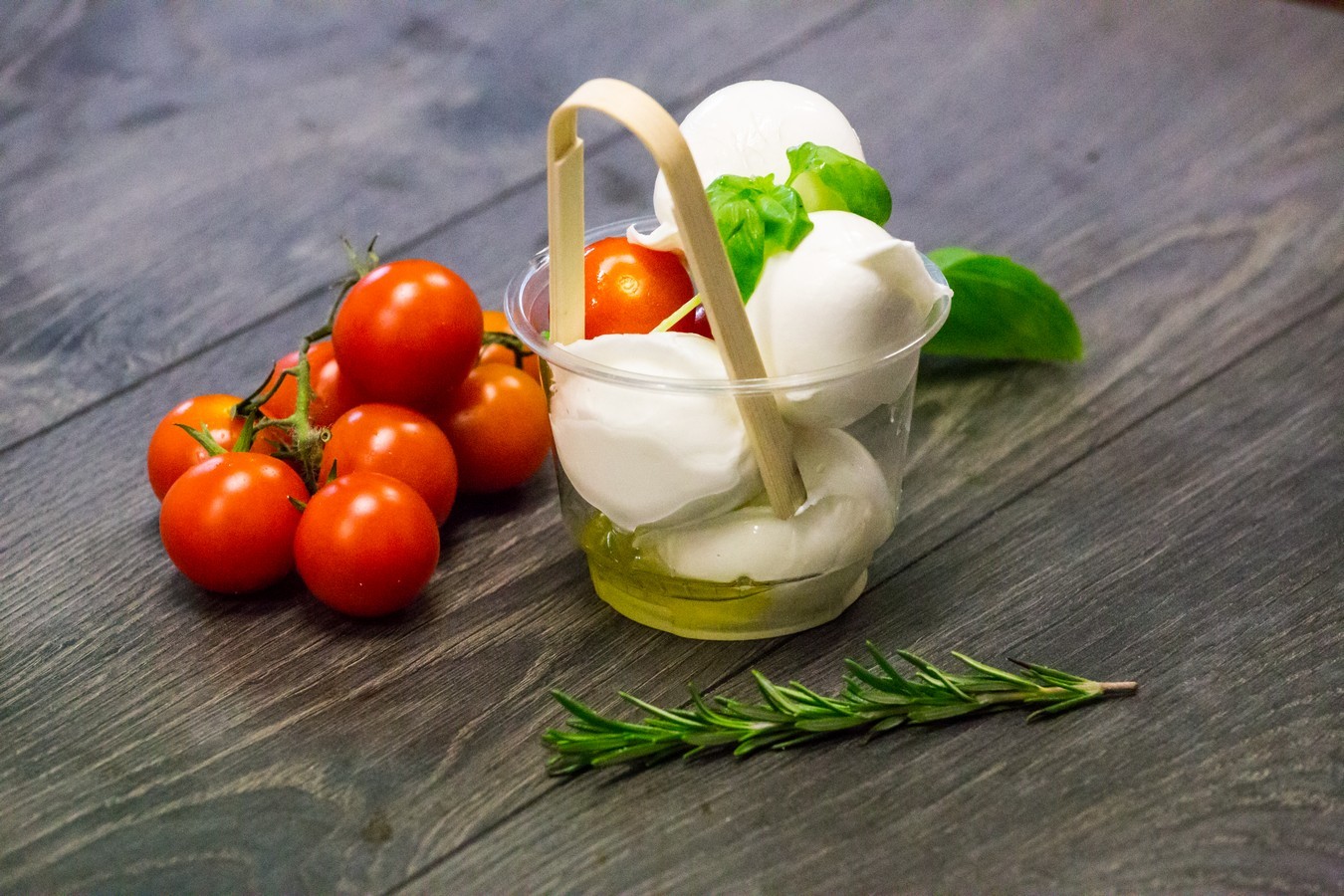 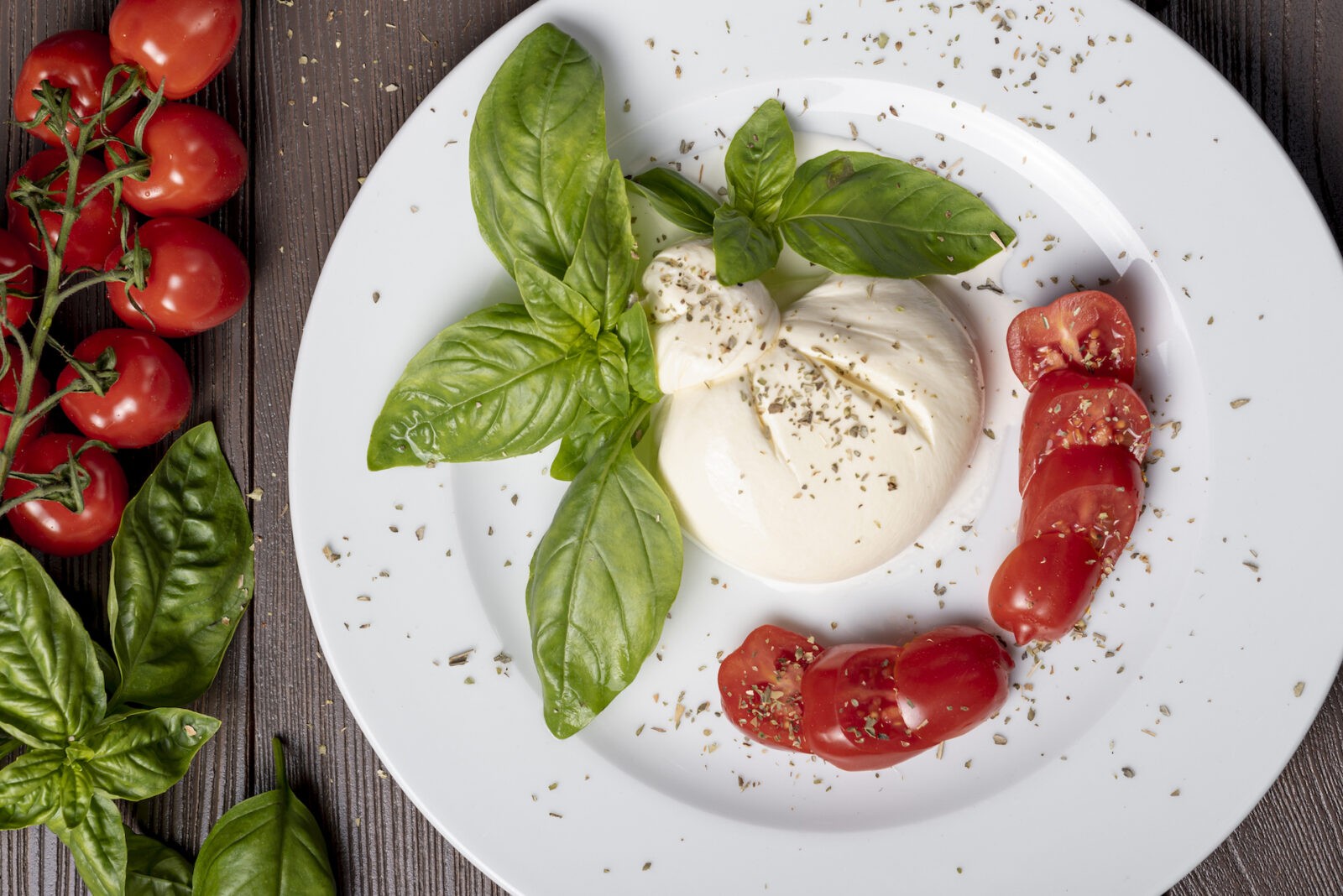